Sayed Hussein Nasr says, in the introduction to his book, “Science and Civilization in Islam”:

“The primordial character of its revelation, and its confidence that it was expressing the Truth at the heart of all revelations, permitted Islam to absorb ideas from many sources, historically alien yet inwardly related to it. This was especially true in regard to the sciences of Nature, because most of the ancient cosmological sciences — Greek, as well as Chaldean, Persian, Indian, and Chinese — had sought to express the unity of Nature and were therefore in conformity with the spirit of Islam. Coming into contact with them, the Muslims adopted some elements from each most extensively, perhaps, from the Greeks, but also from the Chaldeans, Indians, Persians, and perhaps, in the case of alchemy, even from the Chinese. They united these sciences into a new corpus, which was to grow over the centuries and become part of the Islamic civilization, integrated into the basic structure derived from the Revelation itself.” 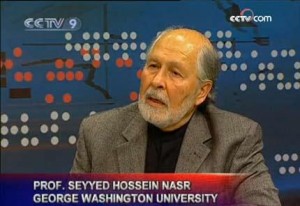 As Islamic Medicine continues to perform this transformation with the ideas it comes in contact with, Muslims are able to benefit more and more from almost any alternative therapy. What earlier Muslims did was to learn various therapies and sciences from numerous cultures, take from the information what was true to Islam, and refine the rest. In doing so, they were able to create a healing system that encompassed healing practices from Greece to China, but still remained unified in its basic structure. As more and more Muslims today become interested in alternative therapies they are creating a “second renaissance” of Islamic Science, from which will come an entirely new field of alternative therapies sourced from outside Islam but containing a Muslim heart.  Reiki is one of these emerging healing arts in Islam. The definition of Reiki, according to various guides on natural healing, is simply, “universal life energy” and is based on the belief, that by channeling spiritual energy through the practitioner, the spirit is healed and the spirit, in turn, heals the physical body.

One translation of “universal life energy” in Islam would be, “Qudra”.  A translation of what happens when the energy flows from the practitioner to the client would be, “Baraka”.  Other definitions of Reiki mention that Reiki is a therapy based on Eastern concepts of energy flow and the seven energy centers in the human body and that the purpose of treatment is to heal emotional, spiritual, and physical, pain through the transmission of universal life energy, called “Qi” in Japanese (or “Qudra” in Arabic).  Reiki was “discovered” in Japan only 100 years ago by a man called Dr. Makio Usui.

William Rand, in his essay on “The History of Reiki” states,  “I spoke with a Japanese Reiki master who is also a Buddhist and has done a lot of his own historical research into Reiki in Japan. He said that he could see no connection between Reiki and Buddhism and that he felt that Reiki is religiously neutral. While Dr. Usui may have been a Buddhist, he had also studied Christianity and had lived with a Christian family for a time. It is clear he had a very broad background in many religious teachings and philosophies.”

Margaret Gamez, in her essay, “Higher Energy Systems and Metaphysical Healing”, states,  “As time goes on, more and more”Reikis” arrive. If we understand Reiki to mean Universal Life Energy, or Universal Life Force, another name for the Sanskrit prana, or the Polynesian mana, known by many words in many languages, then all these new systems must be using the same energy, simply repackaged and presented in some different way.”  She believes that the first modern differentiation of Reiki began when Phyllis Lei Furumoto and Barabra Ray Weber split ways on the leadership of the Reiki alliance. When Ray Weber was declined the position of leader in the organization she started her own organization. Shortly after that Furumoto attempted to trademark the name ‘Reiki” and since then whenever a person starts teaching a new method of Reiki, they often seek to trademark their special variety of energy healing which all using various symbols and incantations as well as various hand positions along similar energy points.

“Through meditation these seven focal points of the lata’if generate energy. Then, like a magnet, these activated focal points attract more energy from the universal cosmic energy source in the shape of tiny floating spheres of light. …Depending on the illness, the healer activates the appropriate lateefa needed to cure that sickness. …the healer is energized to the point where he radiates heat from his body through his hands and projects light from his forehead. As a scientist shoots a laser, the spiritual healer emits the light and energy that he receives from the universal force. The healer massages the affected areas and this combination of heat from the hand and light from the forehead immediately begins the healing process.”

Although Islam has yet to develop its own official trademark of Reiki, there are various beginnings towards this such as a method of Reiki called, “Meditasi Reiki Sufi” which uses the name of Allah and verses from the Qur’an in it’s Reiki methods.. Dr. Kabbani also provides a good description of the elements that appear similar to Reiki in his essay. No one, however, has yet been credited with the discovery of “Islamic Reiki”.This is probably because, that as with all healing therapies the person credited with “discovering it” has simply “rediscovered” something that has been used and known to many various people throughout history.

However, once a person writes down the method and is able to communicate it through charts and teaching methods to the general public it becomes an official “method” and this person is credited with the discovery. In some ways, this is legitimate, for this person has put forth their own version of a technique and in documenting their methods they have solidified their technique and made it unique. In other ways, however, crediting someone with a discovery of a healing technique is misleading because then people believe that until this technique was “discovered” previous generations of healers knew nothing about it. As I study more and more alternative therapies I find that most can trace their roots much father back than their “discovery date”. This is also true in the case of Reiki.

Although not all methods of energy healing before “Reiki” were the same, they were essentially of the same essence. Most religions quote instances of energy healing taking place by their saints, spiritual leaders and healers. Even the Prophet Muhammad used energy healing. Bukhari relates,  “Al-Bara’ said, “… But when I put my foot down, I fell and broke my leg, for it was a moonless night. I tied it with a turban and rejoined my companions, and when I came to the Prophet I told him all that had happened. He told me to stretch out my leg and when I had done so, and he had passed his hand over it, it seems as if I have never had anything wrong with it.”  As time goes on more and more people are realizing the universality of Reiki to be true. They are discovering that Reiki is simply a name given to a method of channeling “Baraka” to the “Qudra” of a person through the “Lata’if”

The biggest problem or issues that busy the mind of Muslims when they accept the reiki is that why we must use of Indian, Sanskrit and Japanese names and symbols.  And at this part where are the place of names and says of GOD in Islam and how we can use of them in care and attention or meditation.  Mr Babak sorkhpour after 2 years research and meditation or attention and experiment of different methods and styles, can find the key of this secret and with help of new method of Islamic reiki that inspiration to him and after going the different attunements on the different masters and students , for the first time in the world , he introduce it to the health festival of Malaysia.

The key points of this method:

1) Use of God’s says instead of reiki symbols.
2) Most effect is on the third eye’s canal (chakra)
3) Guide master and the main attune is Mohammad Excellency (profit).
4) It does not need to hard excursive.
5) Most relation is with servant around
6) It can care and we can send it to far away or the far point.
7) Never or at all if has not any dependence to master or method or religion.
8) It is only a very simple technique
9) It does not need to draw symbol.
10) It increases the relation immediately.
11) The material of its energy is very light .
12) The teaching of it , is very simple and in the lower most time. 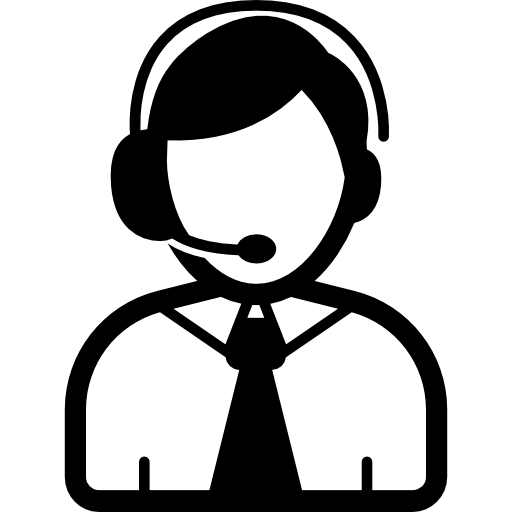